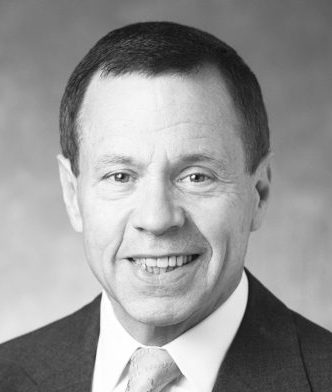 David appears as a frequent guest on CNBC, Bloomberg, FOX, PBS, and other television channels, and has contributed numerous articles to Barron’s Euromoney, The Money Manager, Forbes.com, The Yale Economic Review, and other publications. He has broadcast and written extensively on asset allocation in the Morgan Stanley biweekly Investment Strategy and Asset Allocation Commentary and in the Firm’s Wealth Management monthly publication, Asset Allocation and Investment Strategy Digest, the predecessors of which he launched in 1997.

David attended Father Ryan High School in Nashville, Tennessee, graduated from Phillips Exeter Academy, was awarded a BA degree in Economics from Yale University, and earned his MBA from Harvard Business School. David serves on the Investment Committee of the Phi Beta Kappa Foundation and the Advisory Boards of the George Washington Institute for Religious Freedom and the Black Rock Arts Foundation. David has lectured extensively at Wharton, Columbia, INSEAD, and New York University Business Schools, and for nine years, David served as a visiting faculty member at Yale College, Yale School of Management, and Harvard Business School. In November 2011, David was inducted by Quinnipiac University in their Business Leaders Hall of Fame. David is a CFA Charterholder and a member of the New York Society of Security Analysts and the CFA Institute.