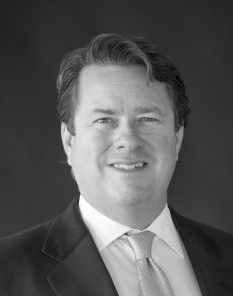 Michael is currently a Managing Director and Head of Private Equity at Americana Partners.  Prior to Americana, he served as a Managing Director in a similar role at HighTower Texas (formerly Salient Private Client), where since November 2013 he advised families in connection with portfolio allocation and management, specifically with respect to alternative investment strategies.  Michael also founded and managed a private equity advisory firm Teton Strategic Investments, Inc. and he currently serves as President of Wasatch Strategic Investments, L.L.C., which he founded in 2018.  He served as Outside Chairman of the Advisory Board of Houston Global Investors, LLC until March 2013.  Michael is also Vice President of the Mithoff Family Foundation.  He serves on the Board of Directors of The Houston Museum of Natural Science (including former roles with the Executive & Investment Committees), Men of Distinction, The University of Texas Development Board, The University of Virginia Capital Campaign Committee and Harris County Hospital District Foundation.  He has spent the past 15 years in a variety of leadership roles with The Children’s Museum of Houston, including his ongoing role on the Board and former roles with the Executive Committee and as Chair of the landmark $35 million “Take Another Giant Step” Capital Campaign.  He also served as an advisor on the Steering Committee of Legacy Community Health Services’ $15 million Capital Campaign.  Michael was a co-recipient, along with his family, of the 2007 Family of the Year Award, presented by Family Services of Greater, recognized as a 2011 “Community Champion” by Texas Children’s Hospital and co-recipient of the 2012 Community Service Award by Legacy Community Health Services.

Michael received a B.A. in History from the University of Virginia in 1994 and a J.D./ M.B.A. from The University of Texas School of Law and Graduate School of Business, respectively, in 2000.  Michael resides in Houston, Texas with his wife Melissa and three children.